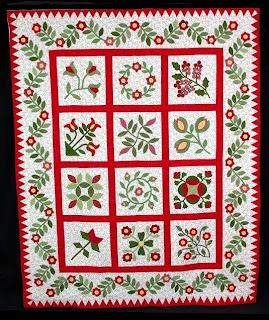 Last Fall, I was contacted by two quilters who were entering national quilt shows. Each had made my "Circuit Rider's Quilt" and needed my permission - as the designer - to enter the show. I personally think this is a bit silly. Why would I publish a book of quilt patterns if I didn't want people to make the quilts and show off their skills? If they are juried into a national show, that's wonderful!

I guess the thinking is that I, as the designer, should be attributed so someone won't take credit for my work. But, I personally have never looked at a quilt at a show and thought about the designer. I think a quilt should stand on its own. The quiltmaker, after all, is the one who gets the prize. My prize was that the quiltmaker bought my book and made a beautiful quilt! 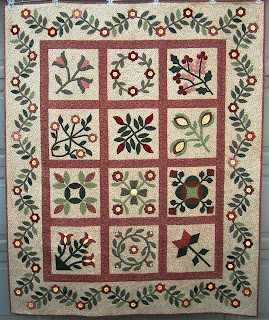 This beautiful quilt was made by Gaylene Ellison of Lincoln, NE. It has recently been juried into the Lancaster, PA show as well. And the irony? The top photo shows my Circuit Rider's Quilt that was rejected by a national show!

I wish Gaylene all the luck with her Circuit Rider's Quilt.