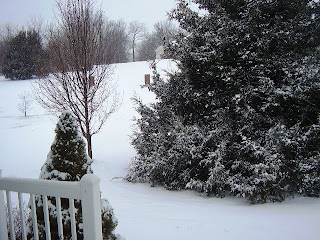 Finally we get snow! I know much of the country has been inundated with the stuff, but here in Missouri we've only had a couple of dustings so far. The kids are thrilled because school was canceled. I'm glad because it makes everything so peaceful - and we all could use more peace.

I decided to take this opportunity of found time to organize some stuff that's gotten out of control lately - namely my embroidery stuff. I opened up my box to add some thread that has been hanging around the house, and this is what the cat and I saw. 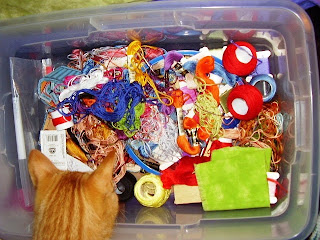 I think I'll organize this another day!