And so is Traditional Tuesday! I'm starting a new feature this Monday, called Modern Monday! Since I was so inspired by working on the group quilt at my guild, I'm going to create a similar quilt but done in my own way. Each week, I'll feature a traditional block made Modern and as an added bonus, I'll post the pattern so you can quilt along with me! Then on Tuesdays, I'll feature the same block done up Traditional. That's two identical quilts, that aren't identical at all!

Check back Monday for all the details. I hope you're ready to quilt along with me! 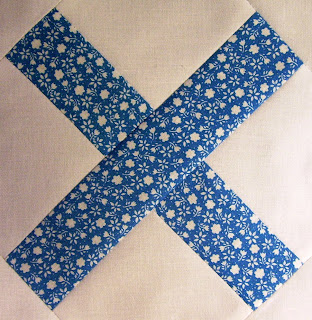