It's time to do something about my MM/TT blocks - they are taking over my design wall! I need the space for other projects, but I also need to see all the blocks as a group, so I know what colors to use on the next block. I guess that means it's time to start the sashing and sew them into rows. Once in rows, they will take up less space on the wall and I can put them away and get them out easier than the individual blocks. 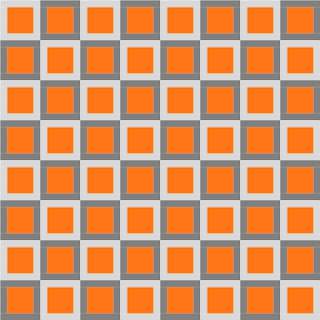 Here's the layout diagram I envision for my quilt. I typically don't like putting on the sashing (which is partially why my Dear Jane blocks are still in the binders and not a finished quilt, but that's another story!). So to trick myself out of thinking this is sashing, I decided to frame each block in alternating light gray/dark gray. When the quilt is  done, it should not only unify all those disparate blocks, but I think it makes almost an optical illusion, which is appealing to me right now. It also eliminates that LONG, skinny sashing strip that typically needs to go in between the rows. This way, there will be just square blocks to sew together - much easier!

When I started this quilt, I was gong to add the frames after I made each block, but that didn't happen! (Who was I kidding?) But, now that we have a good variety to choose from and I need the space, it seems like a good time to start this.


After sewing the blocks to the strips on one side, sew them to another strip on the other side without cutting them apart from the first strip.
You need 8 blocks per row, so I did enough for two rows - 8 blocks medium gray and 8 blocks dark gray. When all 16 blocks were ready, I sewed them together in pairs of 1 medium and 1 dark. Honestly, I didn't look at the blocks at all - I just grabbed the right frame color and sewed. That means the directional blocks (the ones that have a definite top and bottom) will maybe be on their side or upside down, but this doesn't matter because I envision this to be a throw quilt - it won't need a defined top or bottom!

Then I sewed the pairs together, making sure to alternate the medium and dark framed blocks. Eventually, you'll get 2 rows of 8 blocks each - each starting with a dark and ending with a light. Turn one upside down to get the illusion of alternating colors to work out.
Once I got these two rows up on the wall, they seemed very gray to me! Duh, huh!? But, from here on out, I think I'll try to put more color in my blocks and down-play the gray. And I want more white and blue for the pop of brightness. I know not all of you are doing the orange/gray/white colorway, so I'll be really interested to see what you come up with for your framing colors!

Next week we'll have 16 more blocks done (we made a bonus block last week, so the numbers are off). I plan on doing the next two rows then. It's really invigorating to see the quilt coming along! Now what to do with the Traditional Tuesday blocks!?
Labels: Modern Monday